Venom is a fictional character appearing in American comic books published by Marvel Comics, commonly in association with Spider-Man. The character is a sentient alien symbiote with an amorphous, liquid-like form, who survives by bonding with a host, usually human. This dual-life form receives enhanced powers and usually refers to itself as “Venom”.

- Due to the impact of COVID-19, the production and delivery times have been delayed by up to 10 business days than the time frame below.

- To estimate when you can expect your order, please refer to the time frame below: Total delivery time = Production time(2-7 days) + Shipping time (7-12 days) Toothless Dragon and Pokemon Clothes- How to train dragon clothes 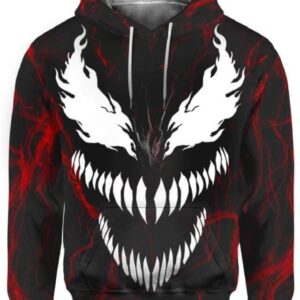